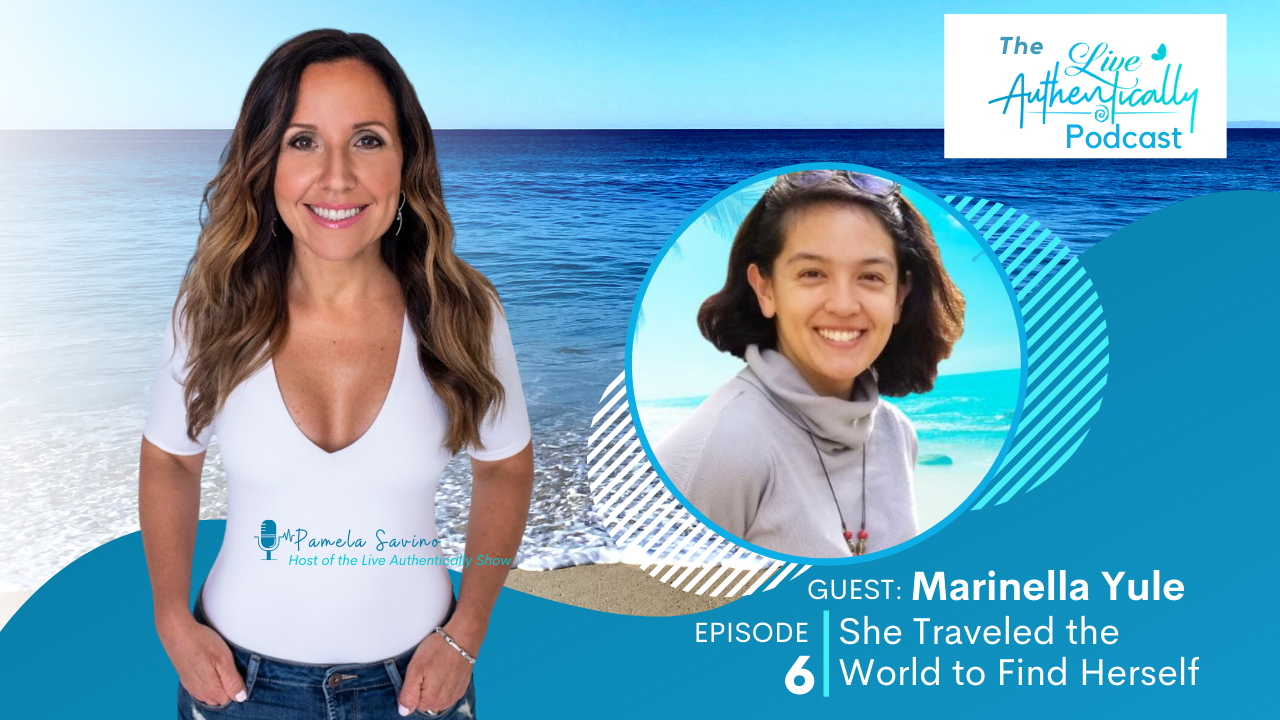 If you’re anything like me, then you love to travel. However, for most people, traveling usually involves hotels, plane tickets, suitcases, neck pillows, and plenty of other creature comforts. If you’re used to journeying that way, then you know it can get really expensive really fast. For that reason, so many people who want to travel don’t do it as often as they’d like.

In today’s podcast, I’m talking with Marinella Yule, a late-20-something who’s been to 40 countries and traveled multiple times across the United States. No, she’s not rich, and she doesn’t have wealthy parents.

So how does she do it?

For Marinella, the traveling is the experience, so she’s more than willing to give up the usual comforts that most people crave. Instead of hotels, she shares a room in a hostel. Instead of fancy restaurants or bars, she makes her own (cheap) food. Instead of flying, she takes the bus or shares rides with other people.

It’s incredible to hear her experiences, and this podcast is truly inspiring. Since she was 18, Marinella caught the travel bug, and she realized that it was her passion. So, instead of taking bits and pieces wherever she could find it, she dedicated herself to the cause. For her, traveling was part of her authentic self, and to deny it was to deny who she is.

Since then, she has done more than most adults do in a lifetime. From hopping to different countries to biking across the United States with her dad, Marinella is always hungry for adventure. And if she can do it, so can you.

Oh yeah, about that bike trip. What if you had to bike 4000 miles through winding hills, mountains, and hot, muggy weather? What if you hated biking and had only ridden about five miles before embarking? For Marinella, the trip was both a blessing and a curse. Every day she wanted to quit, but she also wanted to prove to herself that she could push through. After 89 grueling days, she managed to make it.

Since then, she’s biked from the top of Alaska to Washington, and she plans to bike from Chile to the southernmost tip of the world in Argentina. For her, overcoming her obstacles and fears are just a natural part of life.

While travel has been her primary passion, Marinella is also an entrepreneur. Since November 2019, she’s started a marketing business and now does it full-time. She still travels and teaches English to students online, and her past experiences have helped her understand what it takes to run a business and make it successful. Also, starting and managing a travel blog didn’t hurt, either.

I think we can all learn something from Marinella’s story. Being true to herself has yielded a lifetime’s worth of experiences, and she still has decades to go. As her dad used to say, there’s always an excuse not to do something – so why not flip the script and find a reason to take the leap? Make the hard choice and follow through on your passion. You never know where it might take you.

To join Pamela’s community of like-minded individuals, visit www.liveauthencially.today/fb. Learn ways to change to a healthier lifestyle by listening to other episodes of the Live Authentically Podcast with Pamela Savino.