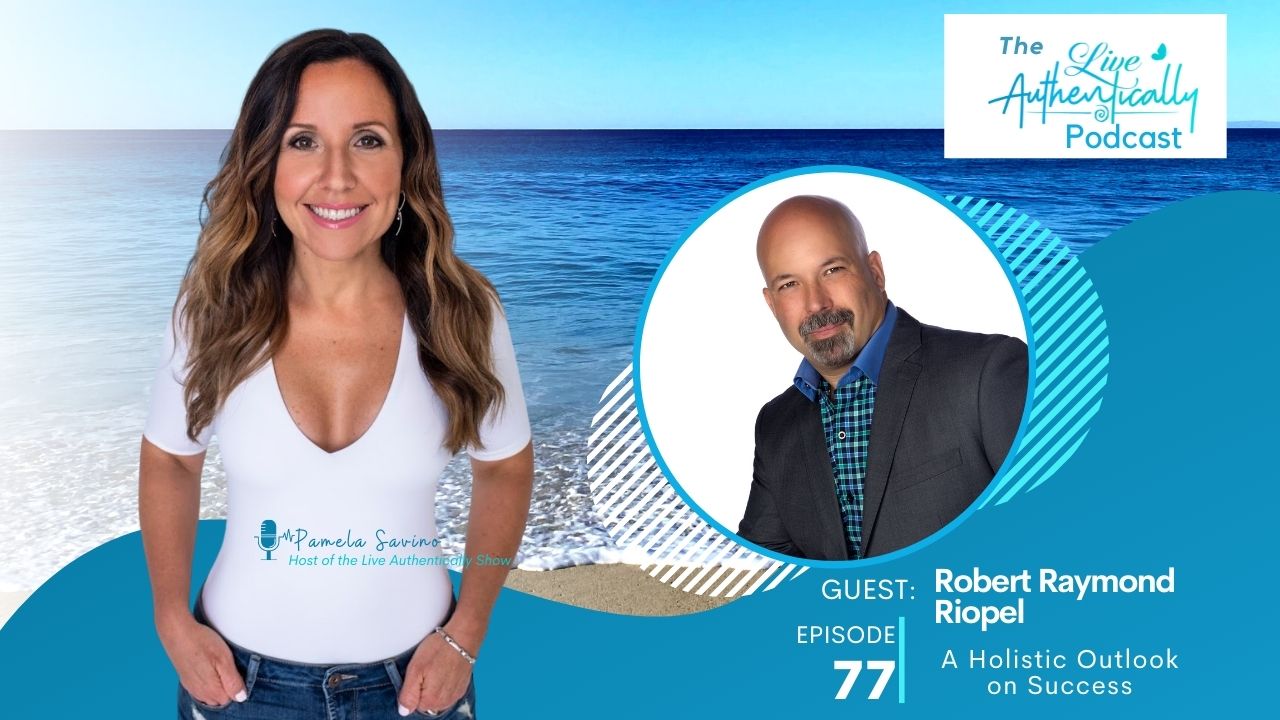 Today’s guest is Robert Raymond Riopel, an author, trainer and the founder of AmentorA Inc., whose six ultimate steps to success have been transforming lives for years. Like many entrepreneurs, he’s experienced highs and lows that range from finding himself 150,000 dollars in debt to retiring at the age of 32. We can’t wait to share his holistic outlook on success with you.

You’re You, and That’s Enough

If you’ve been following the Live Authentically podcast for a while now, you’ve probably noticed that one of the points our amazing guests frequently raise is the importance of being yourself. Of course, that’s easier said than done. Many of us struggle with people-pleasing tendencies and end up acting like someone we’re not because we want to be liked, which is exhausting.

When you’re your authentic self, one of two things will happen. Either someone will like you, or they won’t. As Robert points out, that’s great either way. When someone likes you for who you are, you’ll develop a stronger, more meaningful relationship. If someone doesn’t like you, that’s fine too. There are roughly eight billion other people in the world.

Find Your Passion but Don’t Let It Consume You

When we think about success, most of us imagine finding what we’re passionate about and then devoting the rest of our lives to tirelessly pursuing it. That’s what Robert did, but after several years he found himself burnt out. He still loved teaching and speaking, but he was drained. He’d spent so much time and energy giving and providing that he didn’t have anything left for himself, and his health suffered.

Rather than letting your passion consume you, practice moderation. That’s hard when you’re doing something you love, and you can see the positive influence you’re having on people’s lives, but, as the saying goes, you can’t pour from an empty glass. Take time and make space for yourself to help avoid burnout.

With that said, complete inaction isn’t the answer either. Every single one of us has skills, talents and something to offer, and we’re meant to use them.

Robert is one of the most dynamic, charismatic speakers you’ll ever encounter. If you get to the end of today’s episode and find yourself wishing it was twice as long, head over to his website. He has a phenomenal podcast and more great resources available there. If you’d like to connect with Robert via social media, check out his Facebook page.