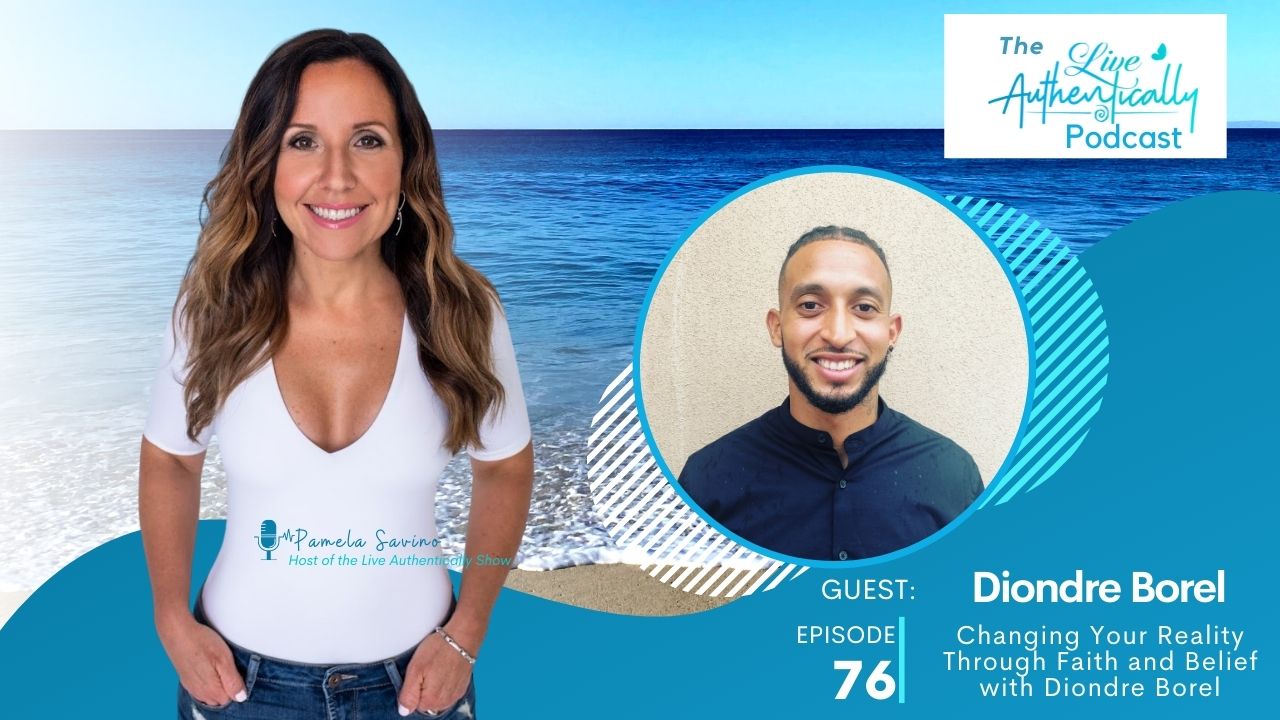 If the name of today’s guest sounds familiar, that’s because he’s had an NFL career that included the Green Bay Packers, Tamba Bay Buccaneers and Tennessee Titans. Now, Diondre Borel is an impact speaker and recently began his own sports performance health and wellness company called Cr8 Elite LLC. We’re excited to have him here today to discuss the power of faith and belief in shifting your reality.

It’s Okay To Need Someone

Society places us under a lot of pressure to be independent and alright no matter what circumstances or challenges we face. That’s not always the case, and it’s not healthy to try and force it. Repressing or ignoring your feelings or blaming yourself for struggling in a difficult situation will only produce more negative emotions.

Speaking the Reality You Want To See

Telling someone to believe in themself sounds a little trite, but it’s true. When you believe in your ability to accomplish something, you’re putting the energy you need to do so out into the world. We have power as individuals; you can speak and manifest the reality you want to see.

That’s not to say that you won’t encounter resistance or even events that feel like failures. When that happens, it may be a sign that what you want might not be what’s best for you. We all have a purpose, but finding it isn’t always easy. That’s where faith comes in. Have faith that there’s something out there for you and that you’ll find it.

As you listen to today’s episode, you’ll hear a lot of powerful words from Diondre. One of our favorite messages he shares, however, is that your fear isn’t bigger than where you want to go. As you move forward and look to the future, keep that in mind. Fear is often a reaction to the possibility of change. If you let it rule you, you’ll be stuck in the same place forever.

If Diondre’s words resonate with you, you can reach out via Instagram or LinkedIn to connect with him. The website for Cr8 Elite LLC is under construction right now, so keep your eyes open!