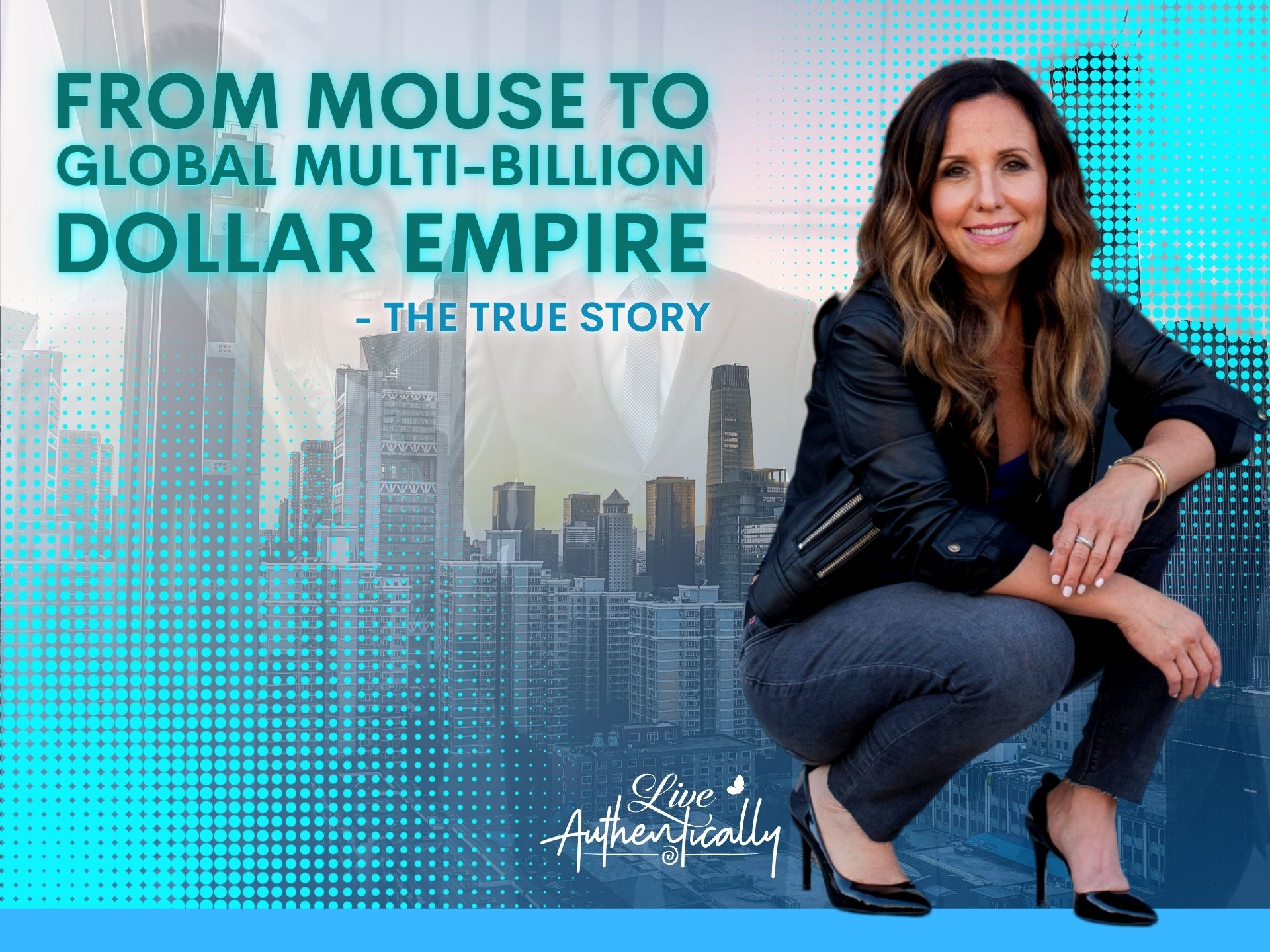 Think you would have been able to weather all those “no’s”? I sure as hell would have stopped well before the 300th no.

But not Walt Disney. He had a vision of a future world that wouldn’t be complete until the “Happiest Place on Earth” was part of it.

The reason the Disney empire exists today can be summed up in one word … persistence. The guy simply refused to take no for an answer. He had a vision of a world where families could go and make memories together and would stop at nothing to make sure it became a reality.

What can we learn from Walt Disney? Persistence pays off — every single time.

Here are seven ways to help you master persistence and incorporate it into your life in a way that sticks.

Paint a picture of the idea you’re trying to create in your mind, and spend time envisioning that scenario every single day.

Entrepreneurs and high-level executives need to make decisions all day long and deal with what’s known as decision-making fatigue. Each of us has a finite amount of mental energy to expend each day, so it’s important to save that energy for the most important things.

Morning routines, evening routines, and routines in between serve us well. They put the structure and process in place to save their decision-making energy for where it is needed most.

Developing solid routines that work for you is a great first step, but sticking to them is a whole different ball game. It takes a ridiculous amount of self-discipline and self-control to follow your routines.

If you rely on motivation alone, you’ll stick to your routines some of the time, but a sure-fire way to stay the course is to rely on discipline.

4.) Expect That Adversity Is Part of the Process

If one thing has the power to undermine persistence, adversity would be the thing. It’s often unexpected and unwanted and can throw us off pretty easily if we allow it to.

We can, however, reframe adversity to see it in a more transformative and productive light. First of all, expect that adversity will happen. I don’t know any project or process or person that hasn’t encountered adversity along the way. Then, we get to decide how we handle adversity.

And what’s more, adversity is fertile ground for growth, personally and professionally. In the face of adversity, you can ask yourself, “What did I learn about myself? What is the lesson here?”

You’re going to encounter unexpected energies along the way that, in the moment, feel like a distraction or frustration.

What kind of energies? Fear. Doubt. Judgment. Naysayers. And the list goes on.

One of my favorite Buddhist phrases is “Pain is inevitable, suffering is optional.” This phrase reminds us that we have the power to be alchemists … we can transmute lower energies that don’t serve us into higher energies that fuel our mission.

6.) Don’t Get Hung Up on Unproductive Emotions

Emotions absolutely have a place in business (more on that soon — stay tuned!), but it’s important to recognize when they’re keeping us stuck. Don’t take things personally. There are often external factors that we aren’t aware of that influence the outcome.  Honor the emotion, accept it, and keep moving forward.

I call the part of a process where things get really, really hard, somewhere around the middle, “the suck”. I’ve been in tears more times than I care to admit, and may have been heard mumbling “this sucks” from time to time, hence, the name.

When we come up with a new idea or start a new project we’re pumped about enthusiasm is high. We’re going a million miles an hour out of the gate, and things feel relatively easy. But then one day there’s a shift, and the long days suddenly start to take their toll. You’re not seeing the results. You thought you’d be further along. You realize you’ve invested a boatload of money, and not only are you not currently seeing a return, but you can’t even see the path there.

At this point, you may be thinking maybe this wasn’t such a good idea after all. Maybe, I should try something else. That, my friends, is known as entrepreneurial shiny object syndrome. You may decide to abandon your idea and start over with a new one. Only to find yourself in the same middle place yet again, “the suck”.

It’s important to be able to recognize when you just need to push through something, and when you’re experiencing so much resistance that you’re forcing it. And in some cases, it may make sense to take a different path. Your intuition will help you make that determination.

If you really, truly believe in your idea, you need to power through “the suck.” Keep going.

Your “one thought” can revolutionize the world.

I’m going to close with a reflection from my book SOAR: