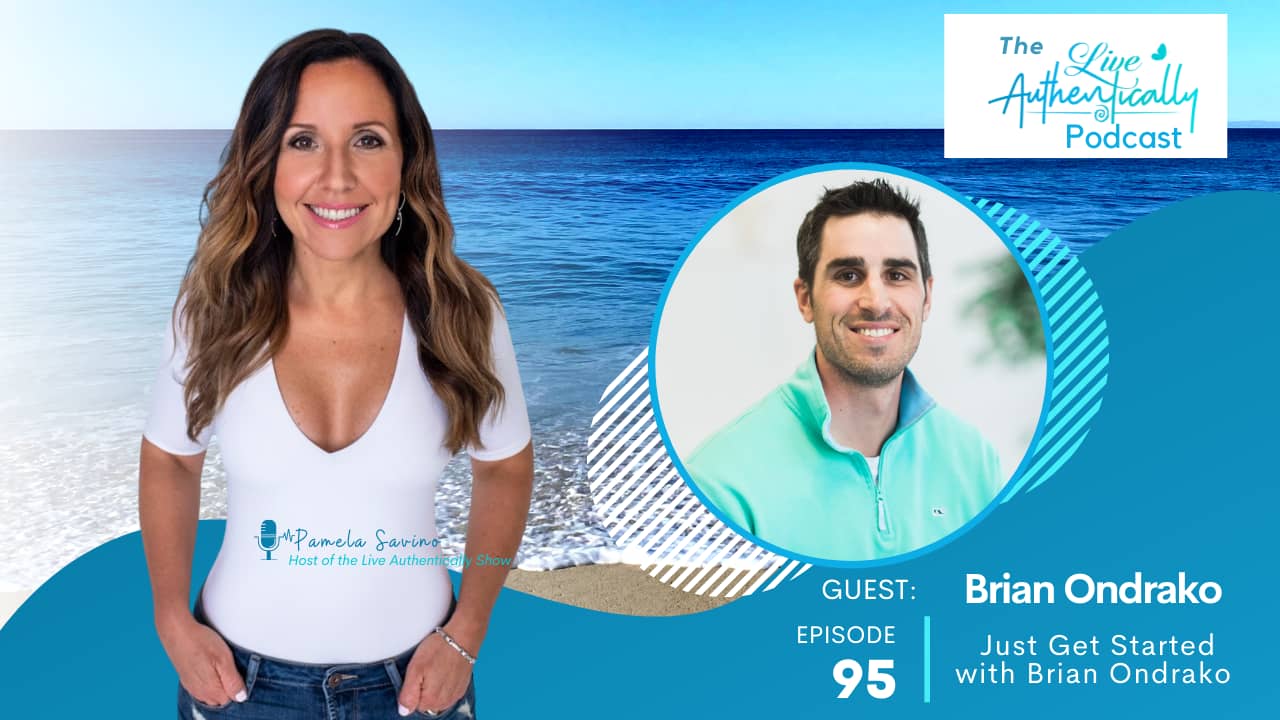 In this episode, we talk with Brian Ondrako, owner of Just Get Started LLC. He empowers people to “just get started” by navigating a path to happiness.

Brian says that living authentically today is different than how it was years ago. Brian grew up in the 90’s and back then, life was all about staying in line with society and not breaking away from the crowd. He had this vision for his life that was focused on not breaking from any norms. But he discovered that in order to be happy, he had to break away from the norms. He wanted to be better to the world, and in doing so, the world is now better to him.

Brian recognizes that he used to feel trapped. He wasn’t happy and he wanted to impact the world in a new, different way, but he just didn’t know how. He wasn’t leaning into his true self because he thought he wouldn’t be successful when he broke away from the crowd. Throughout his whole life, he was taught to go to work, collect money for retirement, and wait for retirement to live the experiences he always dreamed about. But there was always a voice in the back of his head telling him to break free from this lifestyle. Life is a short ride, and Brian discovered that the ride will be better if you are who you are.

To Brian, happiness means the freedom to make choices. If he wants to do something, then is going to do it, and he wants the ability to make this choice. He doesn’t want others making his decisions for him. He doesn’t want a job in which someone tells him where he has to be at what time of the day, and what his responsibilities are. He wants to make all his choices in life, and that is what happiness means to him.

Brian also touches on the importance of goal setting. He says you should always aim for the north star – the big goal – and although you may never get there, the energy that takes you in that direction is what’s going to get you to your goals. Shifting to get to a goal is what is truly important, not necessarily getting to the goal itself. You should always aim big but be prepared for more important things along the way.