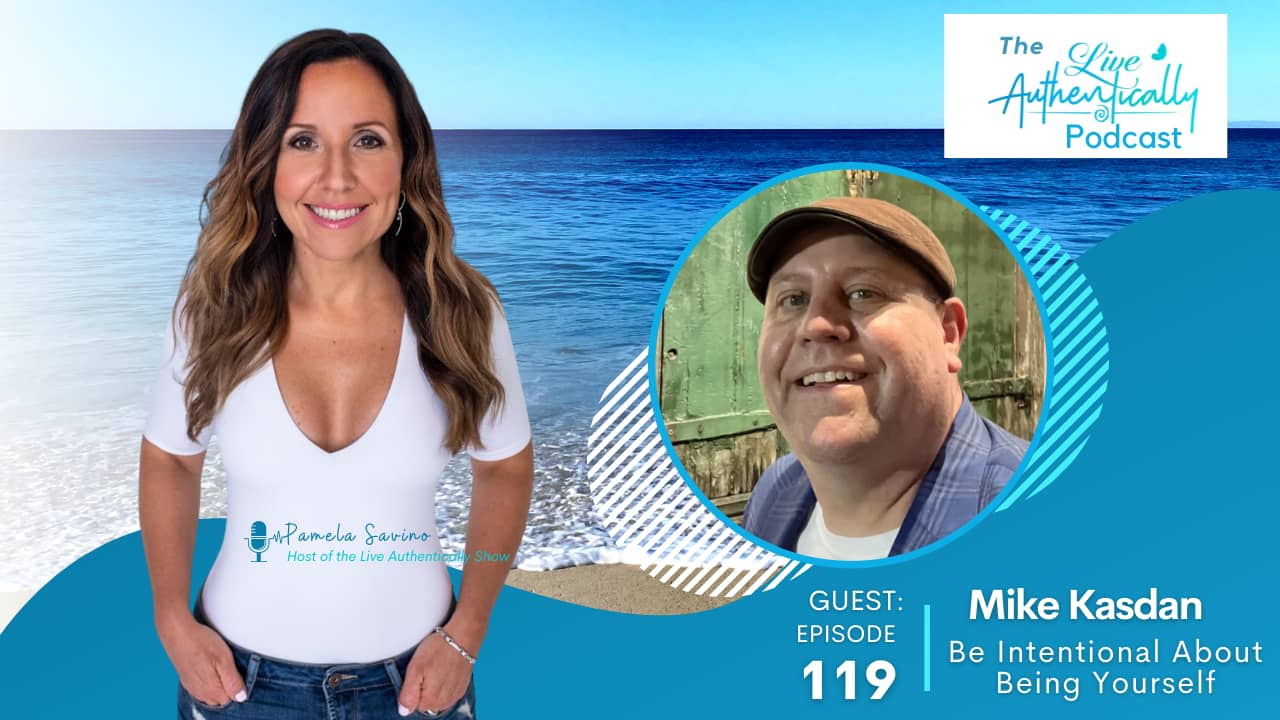 Episode 119 of the Live Authentically podcast features Mike Kasdan, an intellectual property lawyer, professor of NYU Law and the founder of Lawyering While Human, an organization dedicated to serving law firms and schools by providing mental health and wellness services.

He is also on the leadership team for The Good Men Project, a media platform created to tell stories about men in those moments of truth that all of us can find ourselves in when we have to make tough decisions in life.

Kasdan says he lives authentically by being intentional about being himself, no matter the situation he’s in. Although, living intentionally is not always easy for him.

“You’d think it’d come naturally, because, you know, being authentic is just being yourself. But I think you have to be pretty intentional about it. And I don’t think I always lived authentically every day and I probably don’t every day still. It’s a work in progress,” Kasdan said.

Kasdan reflects back on the time when he used to compartmentalize everything, instead of trying to share all parts of him always. He says he finally stopped compartmentalizing everything once he began paying attention to the Black Lives Matter movement a couple summers ago.

“That movement of the world helped me merge my Good Men Project brain-side and my lawyer brain into one whole. And when I did that, I was like, ‘Wow, this is much better. I have much better energy.’ It makes an incredibly huge difference,” Kasdan said.

Kasdan particularly likes to talk about mental health and wellness, too, which he says he does a lot with Lawyering While Human. He’s impassioned about that also because he deals with periods of acute depression himself.

In fact, it was right after he took a medical leave for work for a few months last year that he decided to be fully transparent and open about why he had to take the leave. That’s something that was not easy for him due to the stigma society puts on mental health. However, after sharing that with his coworkers, Kasdan says that gave him the energy to want to start Lawyering While Human on the side.

“I think by being authentic, the fear that so many people have is, ‘Someone’s going to criticize that part of me, or they’re going to see me as less capable business-wise,” Kasdan said.

“But I think there’s a baseline level of capability you want to have in your business partners, but you also want to connect with people on a human level. And I think if we’re connecting on a human level about these types of issues, those are really deep, real connections.”

You can watch the full episode with Mike Kasdan on the Live Authentically podcast episode 119. To learn more about Kasdan, his projects and his passions, you can also follow him on Twitter, Instagram or visit his website.