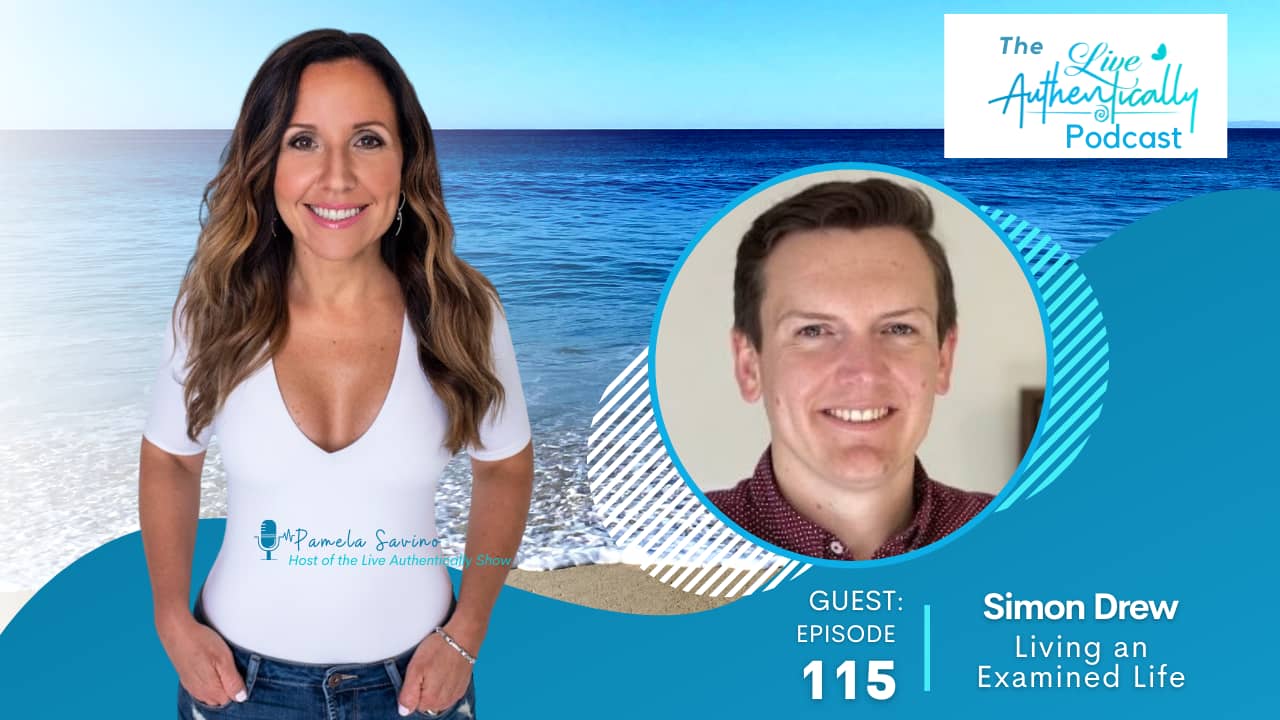 In episode 115 of Live Authentically, we are joined by an inspirational guest from Australia, Simon Drew. Simon characterizes himself as a poet, musician and philosopher. However, Simon reaches far beyond those labels as he helps people truly understand themselves through mentorships and his book, The Poet & The Sage– “a work born of the mystic tradition and delivered through the art of poetry and prose.”

Throughout this episode, Simon and Pamela venture into many topics, including self-discovery, applying labels upon yourself, and more. Yet, before any of that, Pamela asks the question we love most, “How do you live authentically?”

Simon says that it would be tough to answer such a good question without going on too long.

Still, he does his best. Simon says, “The most helpful thing that I ever did to at least begin on the road towards some sort of authenticity was actually to assume that I perhaps didn’t know what it would mean to live authentically. To assume that perhaps there were parts of myself that I did not yet fully awaken. […] And then to go on the adventure of freely exploring who I could be if I was truly living authentically.”

With such an insightful answer given, it leads Pamela and Simon to start discussing his book in more detail.

He tells us what the creation of his book genuinely meant to him– beyond what you might be able to see on the surface level. And he gives us some insight into the journey he was taken on while weaving those pages together, revealing a lot about himself and how he chooses to live authentically.

Simon and Pamela go on to discuss the process of opening the flood gates of creativity and stepping into who you are as a person. In addition to the importance of understanding the labels placed on us, either by ourselves or others.

They then delve into other conversations about sitting in the theater of life and embodying stoicism.

Later, towards the end of the episode, Simon gives us some real-world advice on living an examined life that even Socrates would endorse.

If you want to hear the other conversations that Simon and Pamela had throughout this episode and more about the topics that we’ve mentioned, please watch this episode in its entirety!

You can also catch up on everything that Simon Drew offers by visiting The Walled Garden, where you can find The Walled Garden podcast, information about the cofounders of the garden and find his book The Poet & The Sage.