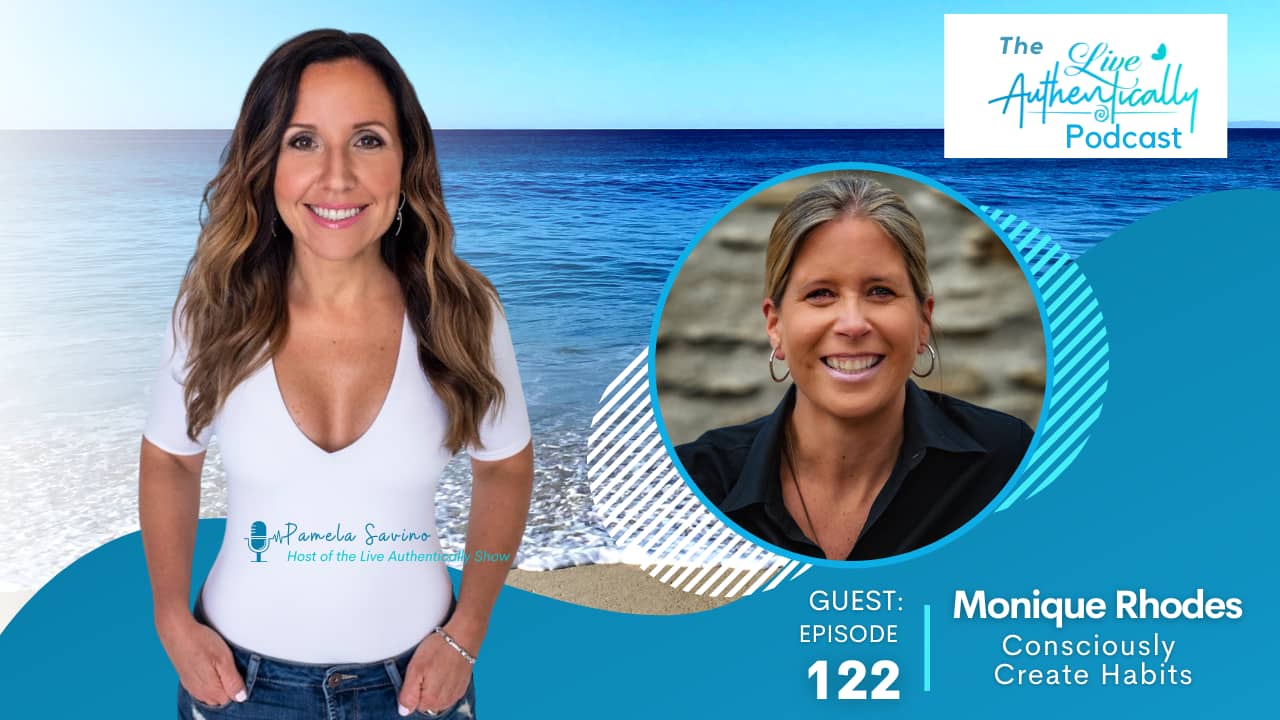 When asked how she lives authentically each day, Monique says she practices by choosing to pay attention to the places her mind wanders.

“I think that what most of us don’t understand or realize is that we think we go through our day and make a whole bunch of decisions about what we like and what we don’t like, the things that we’re doing and not doing, and yet, most of those things are actually habits,” Monique said.

Habits are important to get you from destination A to destination B. We need habits to know how to drive a car, brush our teeth every day or remember other important and healthy daily tasks. But what about our emotional space? Do habits form there, too? According to Monique, they most definitely do.

“There’s a whole bunch of other things that we’re doing habitually that we’re not even aware we are. Our emotional reactions, the way that we’re showing up in the world, we think it’s based on the present moment. But it’s not actually,” Monique said. “It’s based on past habits. And that really holds us back because when we start practicing a thought over and over again, that becomes a belief. And beliefs really drive our life.”

Monique believes that it’s okay to have beliefs about things, as long as they are conscious. However, Monique notes that most of the time, that is not the case. Most of the time, people are run by their long held unconscious belief systems.

“The seventh consciousness says, ‘I like it, I don’t like it or I feel negative about it,’ Monique said. “And then the eighth consciousness stores it, a little bit like a piggy bank or an external hard drive on our computer, right? What then happens is, I show you this flower, you look at this flower, and you say to me, ‘Oh, I love that flower,” and you think in that moment that you’re loving that flower, but if we were to look closely, we might find a past story sitting behind this love for a flower.”

And it’s those past stories sitting behind the flower that Monique says shape the way in which each of us chooses to live authentically.

“When we start to break this down and look at it and work with it, I believe then we can begin on the journey of living authentically in a deep way,” Monique said.