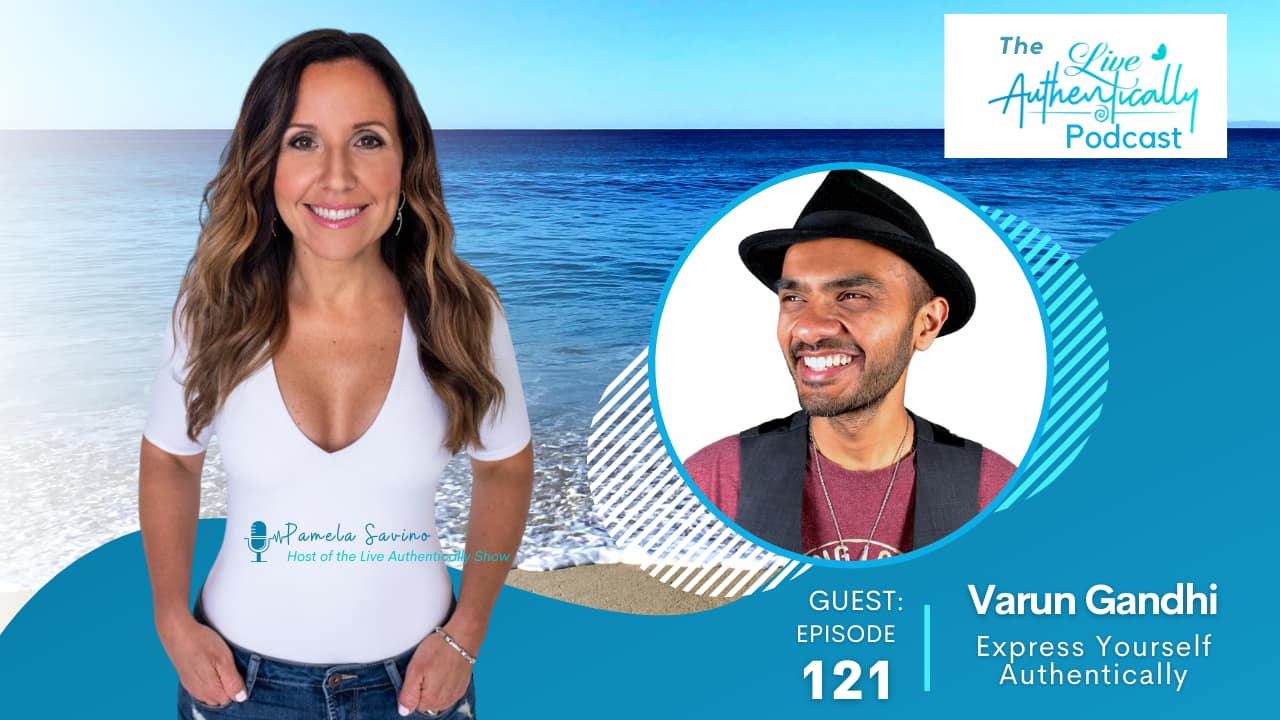 Live Authentically podcast episode 121 features Dr. Varun Gandhi, a life and business coach who, if you read his website, went through a slew of career choices after leaving behind his career in environmental engineering consulting.

Having this filter is important to Gandhi now, but, as mentioned earlier, it wasn’t always the case. Gandhi used to be an environmental engineer consultant until he felt a pain in his stomach that just wouldn’t go away. He started questioning the pain, literally.

“I started kind of unconsciously, I didn’t really know about this technique of asking questions to the pain, like what is the message that the pain was giving me?” Gandhi said.

“I don’t really know about it, but I was asking these questions to the pain, and one answer that I got was, ‘Why are you waking up every morning, 8 a.m., going to this job from 8-5, and it’s something that you don’t even care about that much? Like, it doesn’t feel like you make much of a difference.’”

Gandhi felt like there was something greater out there for him. Around the same time, he also went through a profound breakup. The breakup tore him down to the point of pushing him into opening his eyes with a spiritual awakening. He began reading “The Book of Secrets” by Deepak Chopra.

“The little bit that I did pick up was this word called ‘meditation,’” Gandhi said. “Then I started researching meditation, what is meditation? Googling it, learning more about it, and finally, about a couple months later, I picked up a practice of meditating every day.”

It was that meditation that enabled Gandhi to see that he is capable of changing his course.

“I create everything in my life, all of the miseries in my life are my doing, and I’m creating these stories in my head, and I have a way to change it if I want to, if I choose to,” Gandhi said.

Find out where Gandhi’s story took him next by watching episode 121 of the Live Authentically podcast. You can also find more information about Dr. Varun Gandhi by visiting his website or following him on Instagram or Facebook.