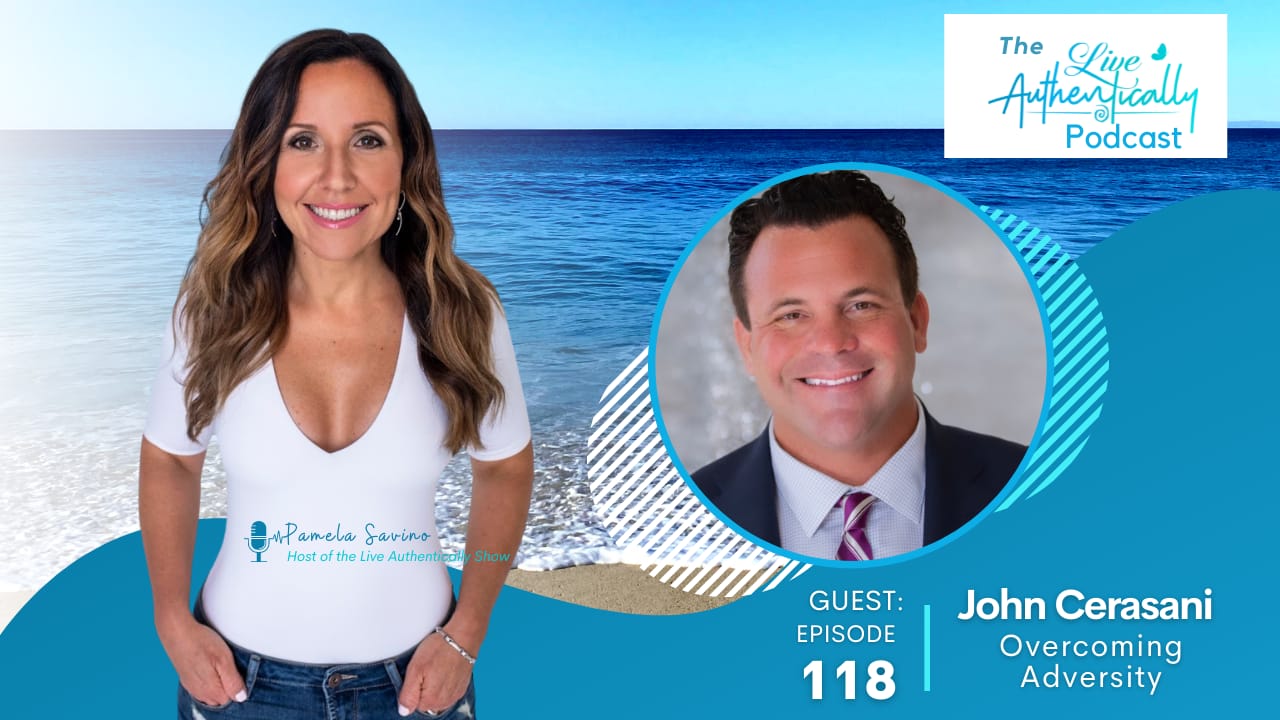 On episode 118 of the Live Authentically Podcast, we are joined by John Cerasani, a personal friend of Pam’s and founder of Glencrest Global, a venture capital firm based in Chicago, Illinois.

But John is more than just business. He has a great story to tell about his journey through a transition period that challenged who he wanted to be, and what his priorities were that got him coming out of the experience living more authentically than ever before.

Before we dive into the juicy details, Pam starts off with the question she asks all of her guests: “How do you live authentically every day?”

For John, it’s all about zeroing in on his priorities and reminding himself of them on a daily basis. Since John has made such a big splash in the VC space, many may assume his priorities are business-related, but for him, his number one priority is his family. Whether it’s spending more time with them or putting them in a better position to succeed in life, that is how he lives as his authentic self.

So what was this big transition that transformed John’s views on life? Well, he sold his company and ended up having to work for a private equity firm — the very firm that bought him out. He talks about having to let go of his business (his baby) and how he dealt with feeling like a “dead man walking” during that time.

After that period ended, he didn’t work for about a year, he shares with us how his ego took a hit and how he lost focus of where he wanted to be in life. But through that adversity came awareness.

John came to a realization that he was so laser-focused on his work life and making money, that he wasn’t focusing on the other things that made him happy like spending time with his family and friends. So he spent a lot of time prioritizing those things and discovered what truly mattered to him.

When talking about adversity, here’s what John, also a former football player, had to say:

“If you don’t keep your head on a swivel in football and you’re not looking around, someone is going to blindside you and you’re going to be knocked down on your rear end. Same goes for life. If your not paying attention with an offensive and defensive mindset, looking for opportunities, looking for threats — that’s the outcome your going to get in life too.”

Pam and John close up the podcast by discussing his next moves and how he is using Instagram to give out business advice to people with an entrepreneurial spirit like his. He’s also writing a book that comes out later this year.

You can learn more about John, Glencrest Global and more about his book by listening to the full episode, visiting his company website as well as his Instagram account. Thanks for tuning in!