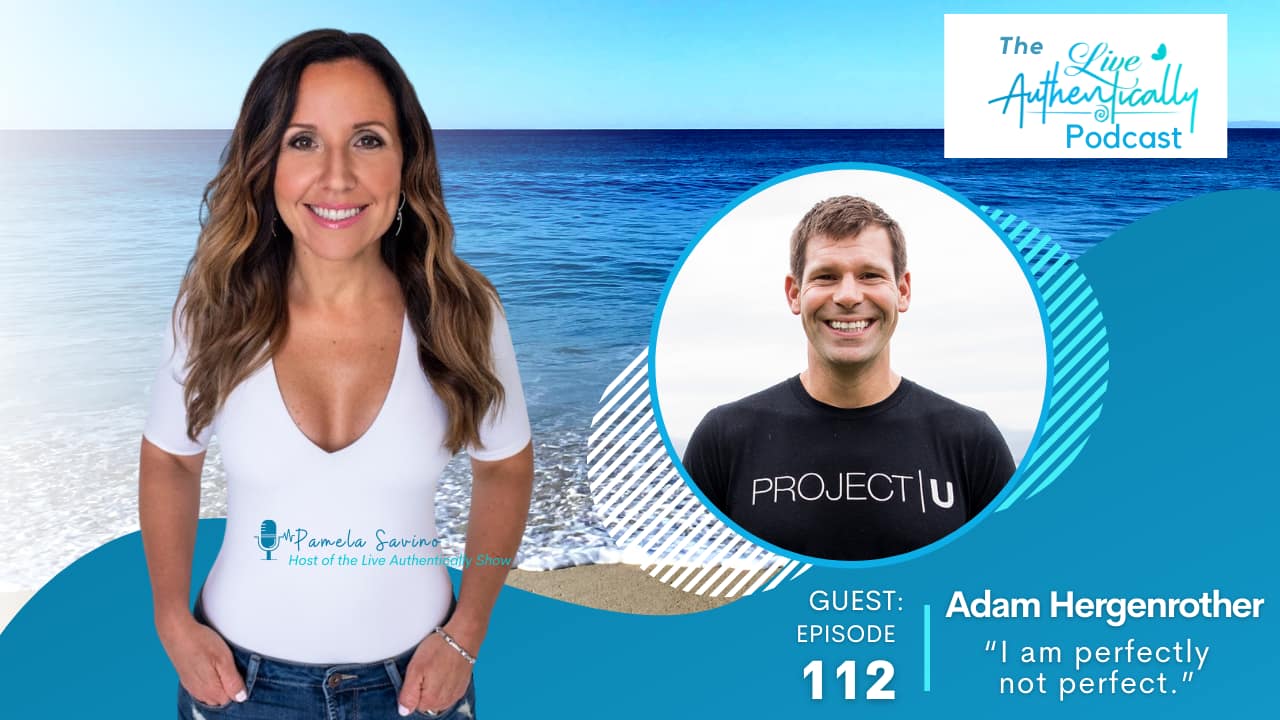 Episode 112 is kicked off with Adam Hergenrother! Adam is an entrepreneur at heart, who is the Founder & CEO of the thriving organization Adam Hergenrother Companies that has been voted the best place to work in Vermont an impressive five times!

His other work enables many of us to join two seemingly opposing forces–business and spirituality.

Armed with the question that stumps many people, Pam asks Adam how he lives authentically.

“[Living authentically] Really, ultimately means just aligning yourself with who it is that you truly are–beyond the egoic level of consciousness.[…] It’s beyond what you’re doing in the world. It’s the experience that you’re having in life.” He says that for him, at least, it’s about accepting that he is “perfectly not perfect.”

He believes in “tasting life directly, which means removing yourself from the conscious velcroing of the mind.”

Later on in the episode, we transition into a conversation on something that Adam is very familiar with–the merging of business and spirituality. Specifically, Pam asks Adam about grappling with his own sense of self-worth and then building his business empire.

From there, he gives us two insightful tales about his life and the moments where he felt that he could either accept a situation or do something and change it. He tells us about a simple interaction at the dinner table with his mother that blew away his preconceived notions about what was truly worth a lot in life.

He goes on to talk about the massive impact that spirituality and the right mindset can have on how you conduct business as a whole and even how you deal with a business situation that didn’t work in your favor–a discussion that can prove extremely insightful for leaders everywhere.

Towards the end of episode 112, Pam asks Adam specifically how he works with companies to instill a commitment to growth within their organization?

Adam says, “Number one, it starts with me coming in,” and “We try to bring in that hey, it looks like you’re a little velcroed to that thought right now. What would it look like if you weren’t?”

He goes on to tell us that even something as simple as a quick break in a meeting can relieve tension and break those thoughts that many people get velcroed on, which is just what a lot of organizations need at the moment.

If you’re interested in hearing all of the conversations from this episode and the real, unfiltered answers from Adam, listen to the podcast! Until then, if you want to check out the real, positive work that Adam is constantly doing, you can visit his website here.